Girls Direct to Your Room in 20 Minutes or Less

Is Prostitution Legal In Vegas?

No, Prostitution is not legal in Las Vegas. It is legal, however in Nevada Counties with less than 700,000 People. Clark County (includes the Las Vegas Metro area) has over 2 million so You have to leave the area to find a legal brothel.

Are the Companies handing out cards on the Las Vegas Strip doing something illegal? NO! All They are doing is providing a phone number to a girl that can come to Your room in less than 20 minutes. I might pay the 69 dollars just to see if They can. That's faster than room service for a BLT! How many men, women, couples have called this number and not done so for the purpose of some sexual act? Probably not very many. Is that act illegal? Most of it is, but is this company doing anything illegal? NO! They are very happy to get Your credit card payment for the hook up and what You do after that is between You and the Girl.

What about the People that are offended by it? Well, seems like now Everyone is over it, it is just another thing in Sin City to put up with. The cards are not even looked at anymore. The Police have asked the card slappers not to get in People's way as the walk down the Strip and they seem to complying with that order.

However annoying You think these card slappers are, when offering these Escorts You should be thankful it isn't like it used to be. Back in the 80's Prostitutes were all through the casinos, just when You thought You were going to get lucky with a nice girl, You find out She is a professional. There are still a few professionals working the casinos but as soon as the casino knows about it, they get rid of Her. Now the Las Vegas Police can protect tourist from real crimes.

Why does Las Vegas allow this company to jam these cards in front of millions of tourist? Before this company started these girls were in the casinos in massive numbers looking for "Johns" and taking Him to His room, receiving payment and leaving. That payment was always cash, Did John report it? Hell no! Did the Girl pay tax on it? Hell no! What did Vegas make? NOTHING! Now comes this very well organized company that provides the same service but in a safer way and guess what? They cannot hide the hook up fee from Vegas so now Vegas gets at least some of the action. The company that does the booking only excepts a credit card and once They do that its a bank transaction and There is no way around paying tax on that. So like it or not what this company does is good for Las Vegas and good for these girls. They provide safety for these girls, No one is going to hurt them knowing the service knows who ordered them and to what room. And providing probably a pretty good tax revenue to the City of Las Vegas. I would go to say that this company is much much larger than anyone thinks and the tax money that Vegas gets might be that of a casino and not a small one.

UPDATE Las Vegas passed a new ordinance, requiring these companies to pick up these cards that end up on the ground within 25 feet of where there were handed out. Will the police enforce? These companies are appealing the ordinance saying it is not them that throw the cards down, its the visitor.

As an Equal Opportunity employer, the company now has females handing out cards also. 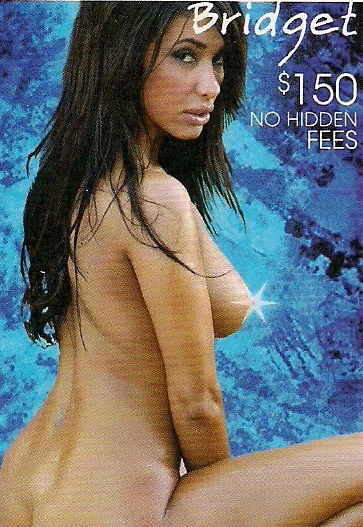 Bridget, likely not Her Real name. 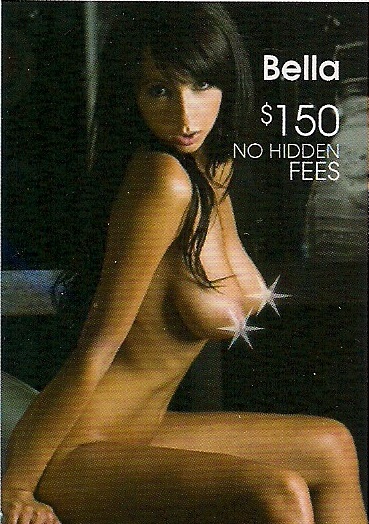 The hidden fees is how Bella makes Her money. 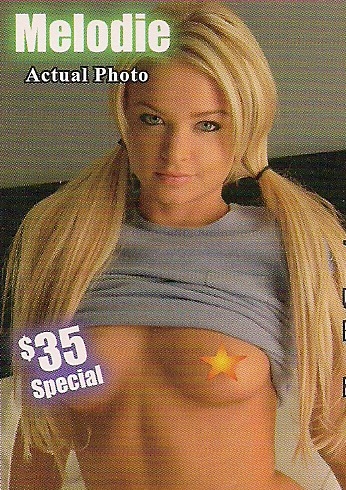 Melodie, just a nice girl working her way through school 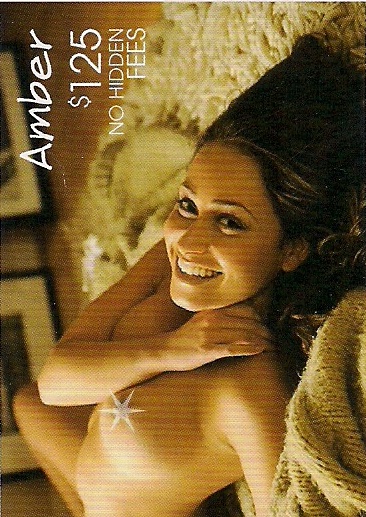 If Amber is known to a Resort They will not allow Her on Their property. 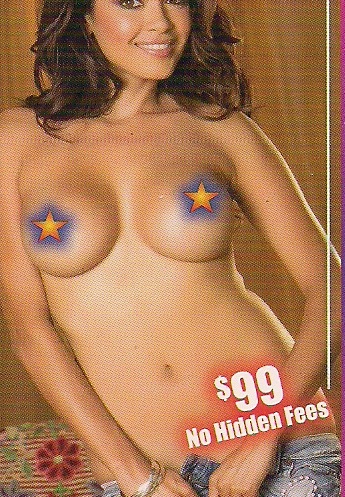 The stars come without extra charge

One thing for sure, if these companies were not making millions of dollars for the City of Las Vegas, They would have been run off a long time ago. We just have to live with the nasty cards being all over the ground as We try to enjoy the Las Vegas Strip. Maybe Las Vegas isn't for Kids, it is the Sin City, after all. Some People wanted to at least make Them clean up the street but it was tourist that threw down the cards not them. So once again, They haven't broken any laws.