A long standing court case may have come to an end recently involving a famous Las Vegas Landmark. The Landmark isn't a famous named building since almost No One knows its name. However, the Landmark is famous since it is in millions and millions of pictures. The name of the Building is the Harmon Tower, named by the street that runs into CityCenter from the East. 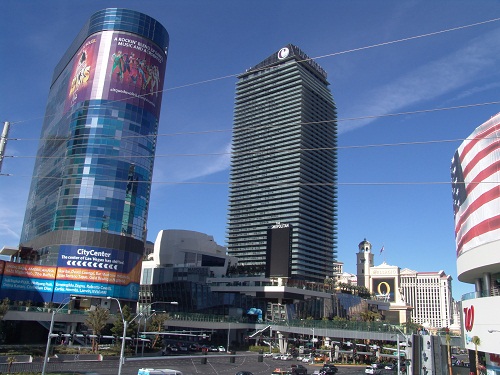 The Implosion of Harmon Tower (left) will be seen best from a Balcony Room at The Cosmopolitan next door.

So, What happened? It depends on which side You believe, both sides seem to have good points. The facts are a little cloudy to say the least but what I do know is this:

MGM/Mirage bought the Property that CityCenter sits on in 2006 when everything built in Las Vegas turned to Gold. A 5 billion dollar project turned into 9 billion and at the same time the economy turn to Sh*t by the time most of the project was being completed. MGM/Mirage brought on Partners and sold off parts of the full project but were left with the Harmon Towers and There was no market for it. 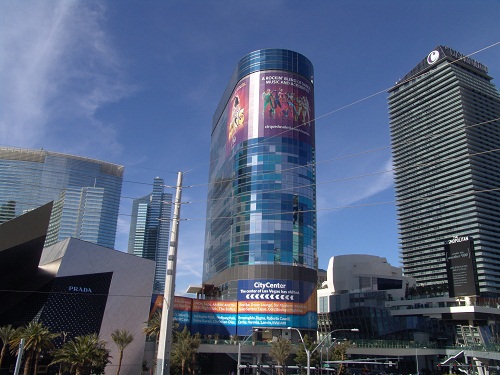 Unless the Building Contractor has some way of overturning a judge's ruling this building will be imploded by MGM/Mirage within a year. It will be the most expensive building to be imploded without ever being finished. The Building was to cost more than half a billion when complete. The Contractor says MGM/Mirage still owes them 100's of millions.

Currently, this building is being used as a giant billboard. It is wrapped with advertising all the time.

The implosion should be clean compared to most since most of the dust in an implosion is from the finishing phase of a building like drywall and floor coverings.