People ask Me all the time if they should bring their Children to Las Vegas and I always tell them, NO! And will continue to tell them NO until Las Vegas bans all indoor smoking.

As You can imagine, it is very bad, as bad as ever. Even though technology would suggest that it would be almost non existent it is actually still terrible. Is there some element of the smoky bar room atmosphere that makes People drink more, thus, gamble more? The equipment for getting rid of second hand smoke is very expensive but not any more than a fancy chandelier but keeping the equipment clean and working property is said to be labor intensive.

The first thing You would think when considering where to go to get away from second hand smoke is go to the bigger, newest Casinos, right? Well, they are no better than the old ones and Everyday is different. You would expect that Encore would be one of the best but when it is crowded it is as bad as Harrah's..

Where can You get away from the smoke? Nevada law does not allow smoking in areas that serve food and any other public area other than a place for gambling. The Casinos are actually the exception to the smoking laws in Nevada. But since Casinos are right next to restaurants,  where sometimes only a half wall separates them, the smoke can still reach You. Shopping areas in Las Vegas are a safe place to go to be sure You will not experience secondhand smoke, even though a few People will still light up and plead ignorance if caught.

Children are allowed to move about the Casino floor as long as they are moving, this law is rarely enforced, plenty of adults pull on slot machines with Their minor Child and if they get caught, they are asked to keep moving. As long as there is no penalty other than being asked to keep moving, they will continue to do it. Therefore, plenty of minor Children are taking time off their life just taking a Vegas Vacation.

Crowded sports books and slot machine areas are the worst but any casino area can turn terrible with just one smoker out of nowhere taking the seat next to You. Be prepared to move frequently to reduce the effects of secondhand smoke, remember, the smoker has a right to smoke in the casino, even if You were there first.

The best place to gamble without as much secondhand smoke on the Las Vegas Strip is definitely Paris Hotel and Casino. They have a good ventilation system and high ceilings. Most sports books are terrible but try Palazzo’s Lagasse Stadium, Aria, Tropicanna and now MGM offer non smoking in the entire sports book. There are others but most allow smoking so close to the sports book that it doesn't matter and also they do not enforce the rule..

The worst casino's on a consistent basis for secondhand smoke are  Silver Sevens (formerly Terribles) and Harrah's and Hard Rock. I believe they could do something about it but it seems their customers are happy with it so if it's not broke, don't fix it.  Ellis Island is the most improved, it was once the worst all over Vegas and now it is one of the best for getting rid of smoke. The Casinos with low ceilings are typically much worse than those with high ceilings that is why most downtown Casinos are terrible for smoke but really the only answer is a complete ban of smoking.

Westgate now has a non smoking area in their World's largest sports book, the problem is they do not enforce it and they allow smoking very nearby. But on Sunday during NFL season Westgate offers a full theater of tv's that is completely non smoking.

If You think the smoke isn’t bad, You might be used to it. If You frequent smoking bars in Your hometown, Vegas will not bother You at all. But next time You go to Vegas smell Your clothes at the end of the day. That will tell You everything You need to know about the damage to Your lungs.

So You book a non smoking room and expect it to be that way, right? Half the time the room has been smoked in and You can tell the minute You open the door. Immediately use the phone and tell them to give You a new room that has not been smoked in. Smokers in general are very inconsiderate People and will book a non smoking room even when they know they are going to smoke in it. Even smokers do not want to be disgusted with the foul odor of a smoking room. And sometimes there is a mixed group, one Person smokes and one doesn't but the smoker steps out on the balcony and smokes but the smoke still comes in the room. Another big problem in Vegas is adjoining rooms. Adjoining rooms allow the smoke to come under the door from your neighbor so Your non smoking room is now smoking. Or a smoker will walk down the non smoking hallway smoking and No One will do anything about it but He just turned the whole hallway into a smoking section.

People are rude all over the world but in Vegas, People that might not even smoke at home, smoke here. Some People cannot drink without smoking or gambling without drinking/smoking. 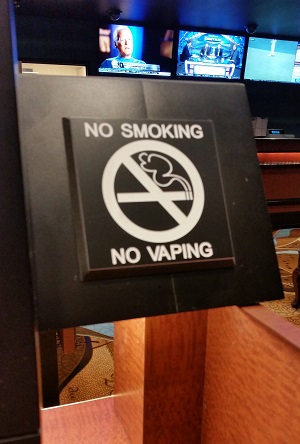 Aria is the best non smoking sports book in Vegas because it is completely separate from the rest of the casino. 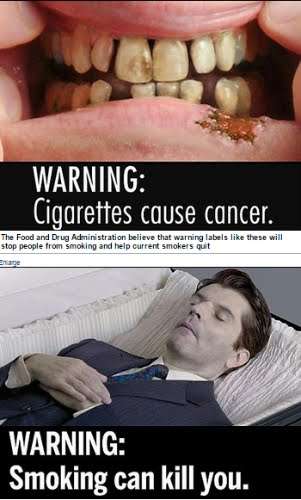 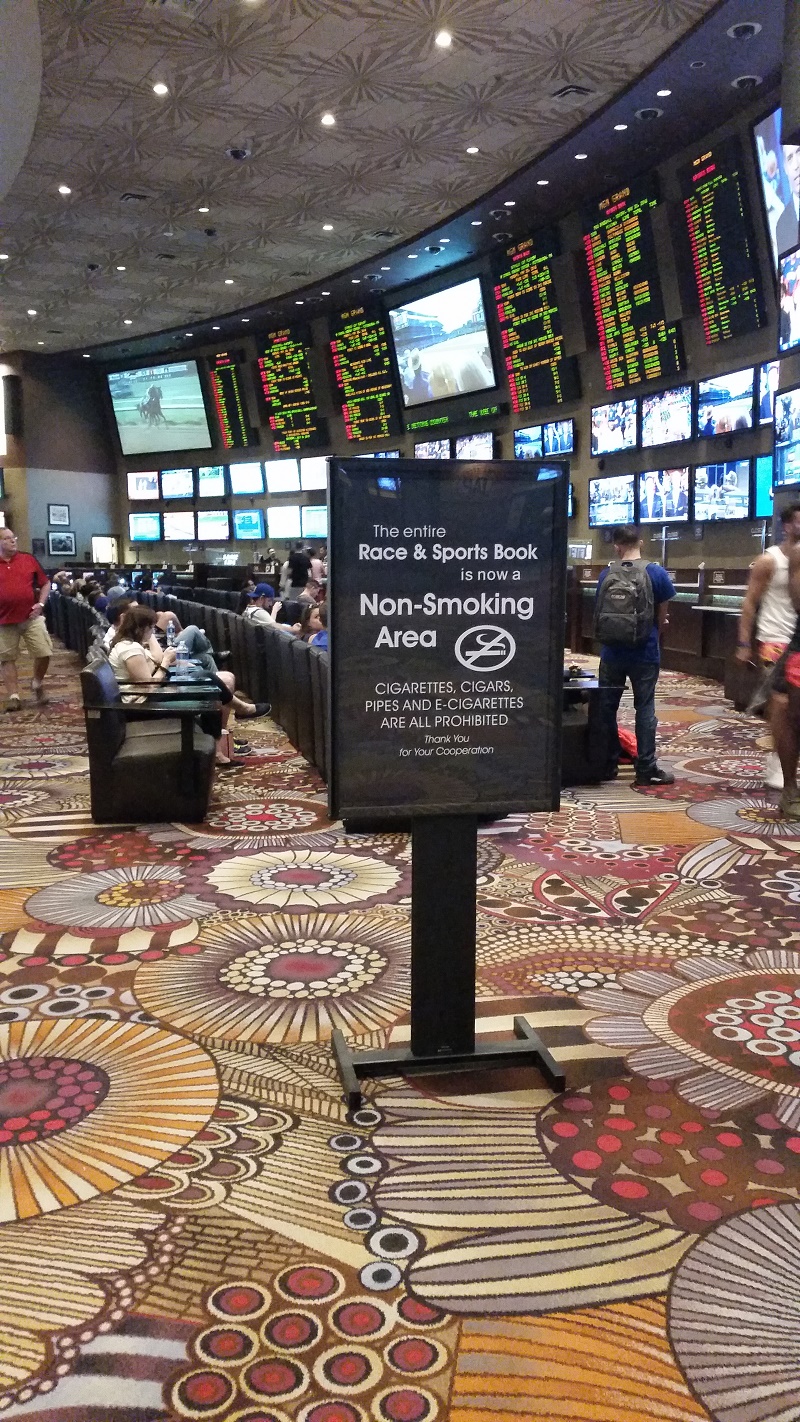 MGM sports book is now non smoking and they keep the sign in a place that Everyone can see so there is no excuse for a rude smoker to enter with a lit cig. 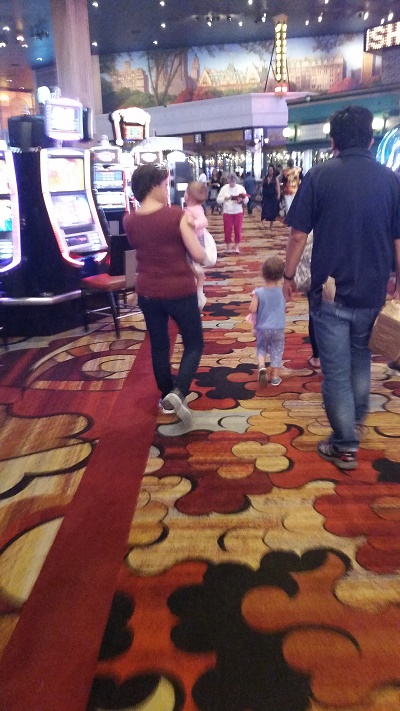