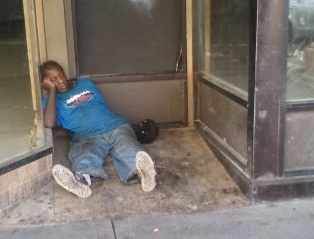 Most Alcohol Consumption by one City? Of Course the correct answer is Las Vegas, NV. I have to set the record straight since recently the Las Vegas Sun published an article stating that Las Vegas was the 36th Drunkest City. I felt it necessary to make sure People don't get confused about what that means. The article polled residents in Cities and asked how many drinks They consumed per month and if They ever Binged. What does the drinking practice of a Guy that works at a print shop in North Las Vegas have to do with the city being the 36 drunkest? The City isn't the drunkest based on the amount of drinks the residents drink it is based on how many drinks are consumed by "The City" so when You visit Las Vegas and drink 13 drinks a day for 5 days straight You keep Las Vegas number one.

Then You go home and so what if You drink only 2 drinks over the next year, You already did Your part for keeping Las Vegas the Drunkest. How many cities can You walk down the sidewalk at all hours of the day with an open container of alcohol? Not very many is the answer. How many cities have 24 hour gambling? Yes, there are now a number of Cities but nothing like Las Vegas. How many cities have 150,000 Hotel Rooms? None, only Vegas can put on more than one major convention and still have plenty of rooms left over for people that are not even aware there is any convention in town. What city can You drink at 6,7 or 8am all over town without getting one strange look? Maybe Reno but I cannot think of any other. To be very clear the most amount of alcohol consumed in one City on a yearly basis is none other than Las Vegas, this year and every year. Anything else You read is a spin on statistics that have nothing to do with the question of what city consumes the most Alcohol. And isn't The city that consumes the most alcohol the drunkest?